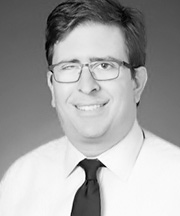 Patrick Forhane is currently employed as a Senior Credit Officer at City National Bank and had a previous role at Citibank since returning home to New York in 2012. He joined the Board of Directors of Amanda Selwyn Dance Theatre/Notes In Motion shortly after returning. Prior to returning to New York, he held various positions in consumer and business banking on the west coast. He earned an M.B.A. from Webster University and a B.A. in Economics from UC San Diego. Patrick has traveled the world extensively and loves to experience the arts and culture that New York has to offer. He has taken a keen interest in the arts since his first visit to Radio City as a teenager.