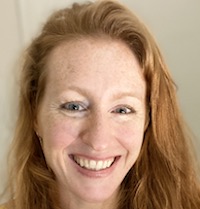 Alana Urda is a multifaceted artist, choreographer and dance educator with an extensive background in

directing, developing and coordinating arts programming for all ages. With a primary focus in contemporary

and modern dance techniques, Alana has worked as a professional choreographer and teaching artist in NYC

for over 15 years working in a variety of programs including New York City Center, The Trinity School, The

West Side YMCA and Bridge for Dance Studios. Most recent, she served as the Dance Company Coordinator

and Professor of Dance at Sacred Heart University. As Co-Founder and Artistic Director of Amalgamate, Inc.

she has envisioned and produced a range of distinguished dance events, charity projects, and educational

workshops including Breakout: a summer intensive in Italy, and Commercials for Humanity: a collection of

online films. Commissioned for numerous projects, she has set choreography nationally and internationally

Deane Little Theater. She has worked with artists such as Francesca Harper, Sidra Bell, Jacqueline Buglisi,

State University and is a mother of two energetic boys. She is thrilled to join Notes In Motion / Amanda

transformative educational experiences, and activating a culture of inclusion through the arts